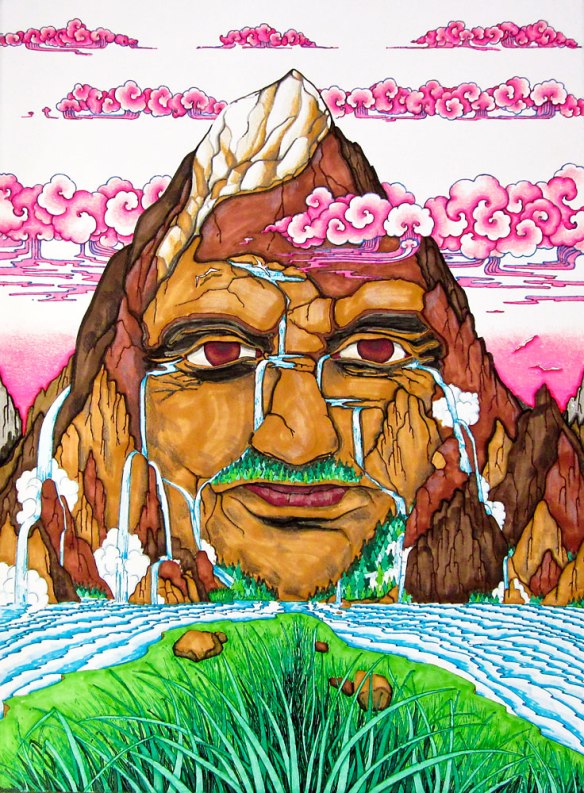 It’s one hell of a mountain to climb—the journey to superhumanity. To be more insightful, more intelligent, more compassionate with each passing day. It’s not the destination, right? It’s the journey. Just getting to the foot of the mountain on the other side of the river is an accomplishment. This is where I am now. Ten years ago I didn’t even have a single thing packed, felt selfish and angry all the time. Then one day in my thirtysomethings I woke up and thought you know what? It’s not about me. I’ll admit, I’m still dragging my ego behind me, but I’m not tripping on it as much as I used to.

I remember seeing the movie about Ghandi when I was a kid. I yawned through the whole thing. There were no Muppets. I watched again recently and it captured me. He changed a whole society by just being there, and proved that love was stronger than hate. Love is really the best system for problem-solving. An example—what works better when modifying behavior, positive or negative reinforcement? Positive, ding, ding.  If the Indians had fought back with violence, the British could have called it a war. But a war is only a war with two sides fighting. How can you beat them down if they keep standing up and smiling? The situation became so absurd, eventually all the British could do was just leave. Ghandi trained them well.

It takes guts to be Ghandi. Infinitely more guts than it takes to stand there with a gun and be all like, then he’s like, and then you’re like goaheadmakemyday. When you know that you’re about to be ground under someone’s heel and you will not be defending yourself. When you are expecting to be ground to bits more times than you can count, and accept that you’re only a grain of sand letting the ocean wash over you. Mixed media, 18 X 24.