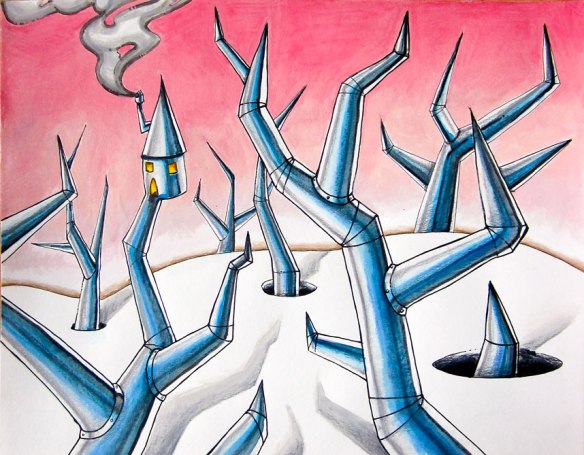 Only a few months into 2016 and I’ve realized all the major inspirations of my creative life are slowly passing on. Must I tack on yet another broody tome reflecting on the death of David Bowie? Yes.

It was David Bowie that taught us kids it was good to be different. Zesty and zany. The lifelong interwoven mystery of Major Tom. Pink monkey birds. Pappamamas and rock-and-roll bitches. Diamond Dogs and Cat People. Peoploids and Starmen. Vaudeville space rock meets Kibuki theater.

And they did. David Bowie was a pioneer, someone who sets the stage and rages it, constantly reinventing himself in such a way that made it clear that there would only be one David Bowie.

And how true it is that there is only one of each of us. We should express ourselves as freely as possible, borrowing a little nectar from this bloom to that, taking what we know and expanding the universe as we wander into the unknown.